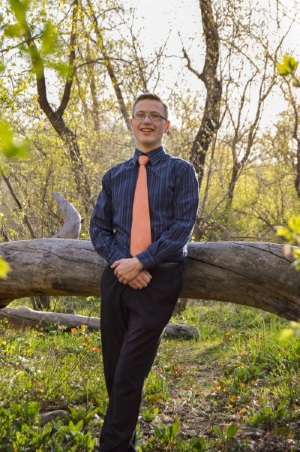 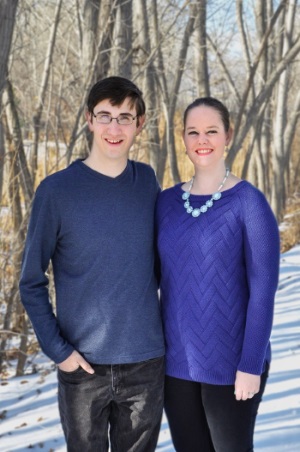 My name is Wendy and my third child, Joseph, and my fifth child, Nathaniel, were born with complex (meaning multiple defects) congenital heart disease. Today both boys are adults who are responsible for ensuring that they receive the correct health care but the process of raising children with CHD sometimes felt like a roller coaster ride.

Joseph’s diagnosis of CHD was a surprise for us. We had not had an ultrasound, which would have shown the CHD but was not required at the time. By the time we met with a cardiologist at Primary Children’s Joseph was already in surgery. When I look back at the journal I kept at that time, there were many details which I had incorrect because I was still learning the ins and outs of congenital heart defects as well as the various treatments available. Over time, the world of CHD became second nature to our family. Joseph has had multiple surgeries including the Fontan and eventually a transplant while a teenager. Today he is a healthy adult working towards a nursing degree and many of the challenges he faced as a child have faded into the background.

Five years later, (with a heart healthy child in between), Nathaniel was diagnosed with CHD while in utero and was the easier of the two boys. I really believe this was because by the time Nathaniel was born we understood the language of the heart world. The faces of the doctors and nurses were familiar as was Primary Children’s and because of this we were not as overwhelmed. Nathaniel also has had his share of surgeries including the Fontan and he has just entered the world of an adult responsible for his own health. There are things he is still learning in order to do this but along with CHD, he now is also dealing with liver disease brought on by complications from CHD so it is important that he assume control of his doctor visits and his medication.

While raising these wonderful boys, our family tried to be as ordinary as possible. Sometimes there were bumps in the road, which meant a trip to the ER or a stay in the hospital. Always, there was medicine to take and doctor visits on a regular basis.  Neither boy had the stamina for sports but we weren’t afraid to be active. Both boys always participated in PE. I just made sure to talk with their teachers about their health and the teachers were always willing to let my boys do what they were able to do. Joseph has developed a love for watching football, biking and all things medical. Nathaniel enjoys music and loved marching band. He also is a fan of anything Frisbee – disc golf and ultimate Frisbee being his favorite.

Sometimes growing up, CHD made my boys feel different. In adolescence, they were the short kids but eventually they grew. Sometimes they had to wear a monitor or haul oxygen with them. The scars on their chest made for locker room conversation. It wasn’t always easy, but home was a place where they could be themselves and figure out who they were in spite of their diagnosis not because of it.

When my boys were teenagers, I realized that I needed to train them on how to take care of their own health so that when they were adults I could trust that they would not ignore the things necessary to maintain good health. We are still working on the insurance knowledge which they need to have but I don’t have to ask, are you taking your medicine or seeing the doctor when you are supposed to because I know they understand how important those things are in order to be able to enjoy living life to the fullest.

While I would not wish for my children to the struggle of CHD, I look back and can see how strong our family became as we worked together to find joy in each day and to survive the challenges we faced.